In January 2015 Steve Abraham set out to beat the world record for the most miles cycled in a year, a record of 75,065 miles held by Tommy Godwin since 1939. Along the way he battled fitness, sleep, winter, winds, a change in diet, a reckless moped, and a broken ankle.

Just over twelve months and 63,568.2 miles later he ended his Highest Annual Mileage Record attempt. Defeated? In his mind without a doubt, but not in the minds of his thousands of followers.

I do not know this man. Never met him. Yet I feel like I’ve eaten Christmas lunch with him in BP garage on the A505. I’ve watched from afar, his Strava feed notching mile after mile, day after day, both inspiring me to ride more and also making me feel tired at the same time. Digging deep on rides I would think of Steve and continue to push on, my pain dissipating when stood next to the achievements of the Milton Keynes cycling machine.

The world record was set by Tommy Godwin in 1939, who amassed 75,065 miles, a total many believed unbeatable. Not Steve. He quit his job, got together a modest collection of sponsors and volunteers before setting off with little fanfare. 205 miles plus a day. Every day. For a year. Wow.

Steve was not alone. American Kurt ‘Tarzan’ Searvogel was riding the flat and warm roads of Florida. Tarzan has since claimed the record although for many the use of a recumbent make his astonishing feat somewhat less valid. Both men are amazing, yet it is Steve who captured the imagination of the cycling world. Why?

We love a story, one with an unsung hero, a tragedy, tales of the impossible, an underdog.

All was going so well for Steve. 2,500 miles ahead of the record by the end of March. Motoring. Long lonely rides, over 200 miles a day, a machine, seemingly unstoppable.

Late March and Steve was not the only unstoppable machine on the roads. Hit from behind by a moped, Steve broke two bones in his ankle. There was no anger, no vitriol, just a steely determination to recover and continue. 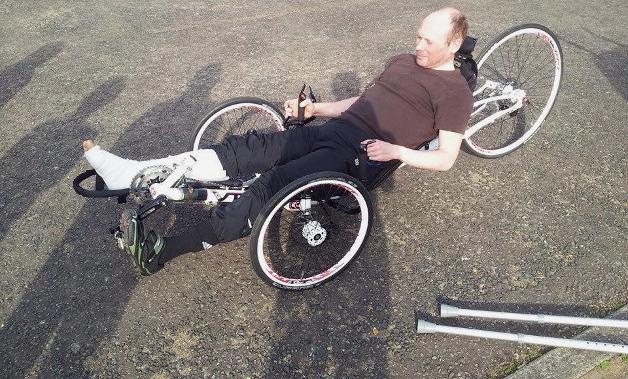 Loop upon loop of the Milton Keynes Bowl. Not so much cycling as looping towards insanity. It was four months before Steve decided to start his record again in August.

Beginning again in high summer, long days, long nights, long rides. Fuelled by sugar and anything Steve could get his hands on, a doctor warned him that his high sugar diet was contributing to serious organ stress from the high levels of muscle breakdown. Fans pleaded with him on Facebook to quit. He continued with a new low sugar diet, his body struggling to adapt, he was soon caught in vicious circle of more time on the bike and less time recovering.

January 2016, more than a year after he began, Steve took the decision to stop cycling in pursuit of the record. I can only imagine how difficult a decision this must have been. No cyclist likes their body quitting on them. The hill climb you put your foot down on. The ride you cut short. That time you were dropped. Multiply these feelings by a magnitude of many zeros and you might get close to empathy.

Here’s Steve’s Strava round-up video from 2015. I’m not sure what to be more impressed with. The mileage, the kudos or the incredible climbing – 464,650 metres, the equivalent of climbing Everest 52 times. Once a week over the year! Oh and with many months out with a broken ankle!

Amateur. A disparaging remark of late. Oh you amateur. Bunch of amateurs. Yet cycling, like many sports, is founded on its amateur ideals. It is here where stars are born, where heroes are made. Cycling in particular holds the amateur in high reverence. Where else in the world do you get secretive codes marking the course for time trials on dual carriageways. Or a world champion who used parts of an old washing machine to build his bike?

Everything about Steve Abraham’s record attempt has been amateur. And I say that with the highest regard possible. There has been no professional support crew. Just the kindness of volunteers and a small army of low-level sponsors. No wind tunnels. Just massive winds. No marginal gains. Just loss of body fat and briefly, the ability to walk. No motor home. Just the kindness of strangers letting Steve stay with them. No nutritionist. Just petrol stations and again, more volunteers. No support car, just more kindness from people providing transport for Steve. 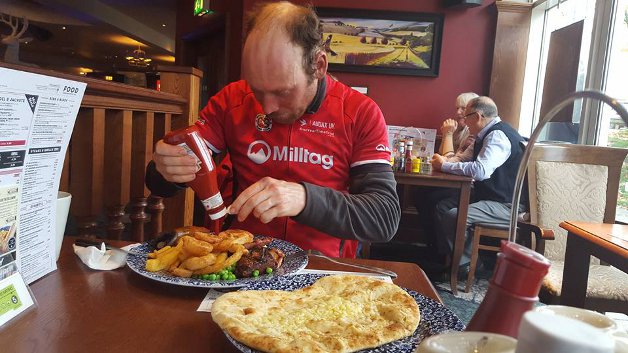 Even at the end of this grand tale we get an honest, no nonsense 30 minute video, the camera misted up, Steve and his support team squashed onto a couch in his living room, the audio poor, the overlays basic. A 30 minute sprawling interview the man and his team have been compelled to record. There was no need for this yet they wanted to explain to their supporters, to themselves it seems at times, why the record attempt had been abandoned.

To the very end Steve’s record attempt has been a shared experience, the fans, the volunteers and the hero at its heart inextricably linked. Steve may not have broken the record but he has inspired hundreds, possibly thousands to ride their bikes. 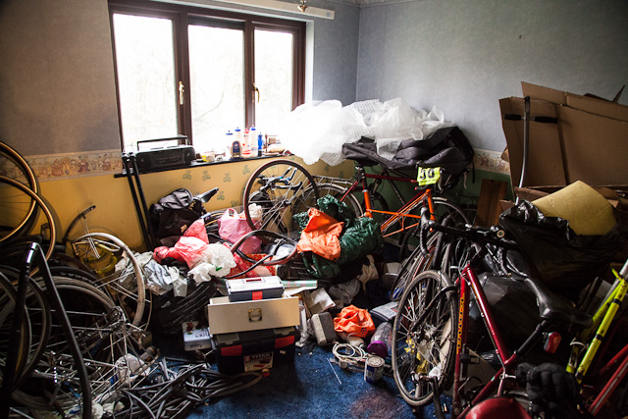 By all accounts Steve is calm, softly spoken and determined. Inspirational to thousands. Words can’t really express such a feat nor such a man. I’ll leave with you this image which has stayed with me ever since I first read this great interview with Steve.

The image is not one of the many blurred images of the man on his bike in terrible weather or in the dark. Or one of the many of Steve eating massive plates of food in greasy spoons. It’s not even got Steve in it yet it says everything. It’s a messy picture of a room in his flat. His home a representation of his life, all about the bike.

9 thoughts on “In praise of Steve Abraham”